Embrace the diversity of Spain from Barcelona to Madrid 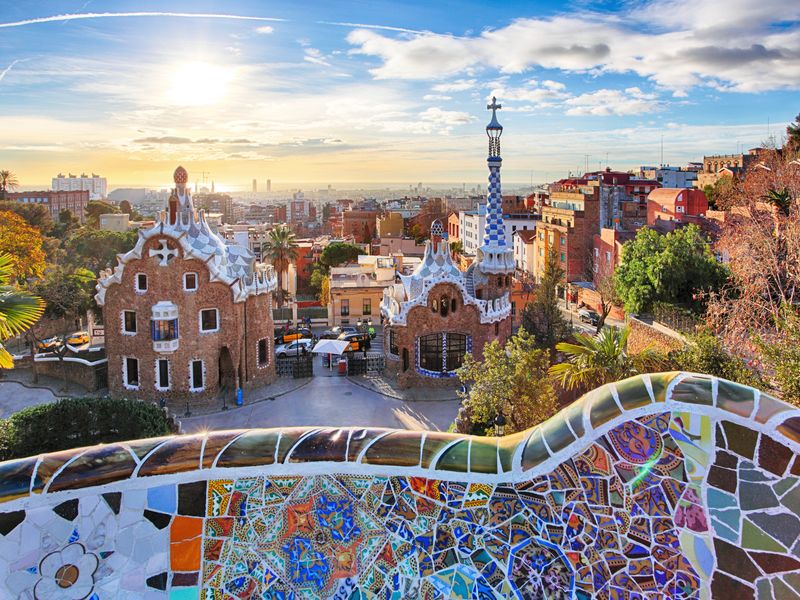 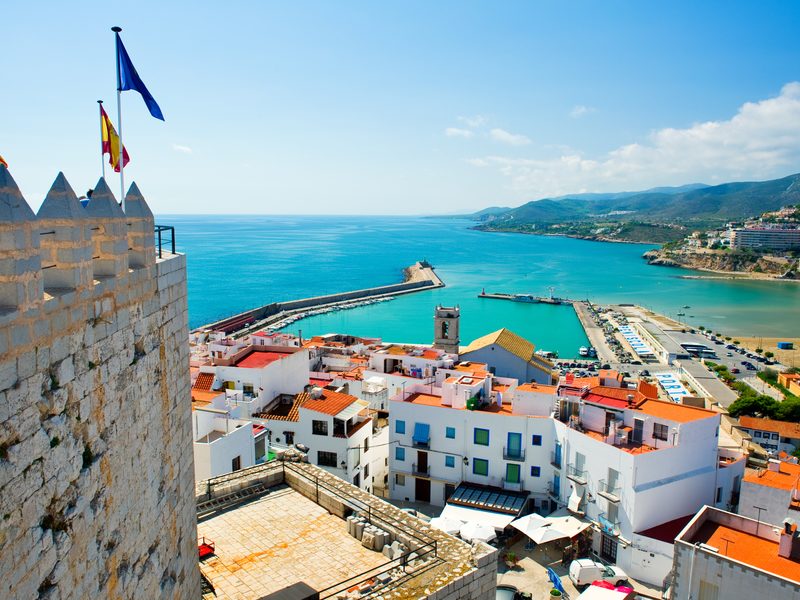 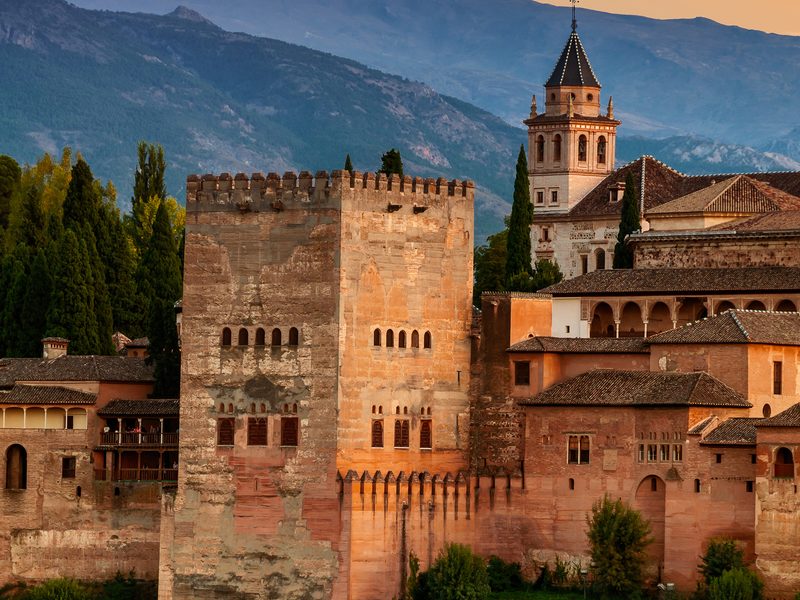 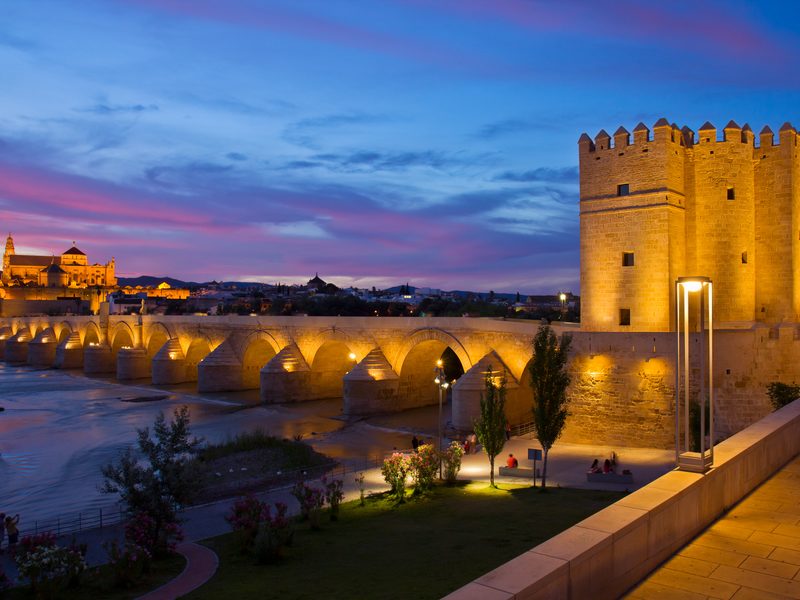 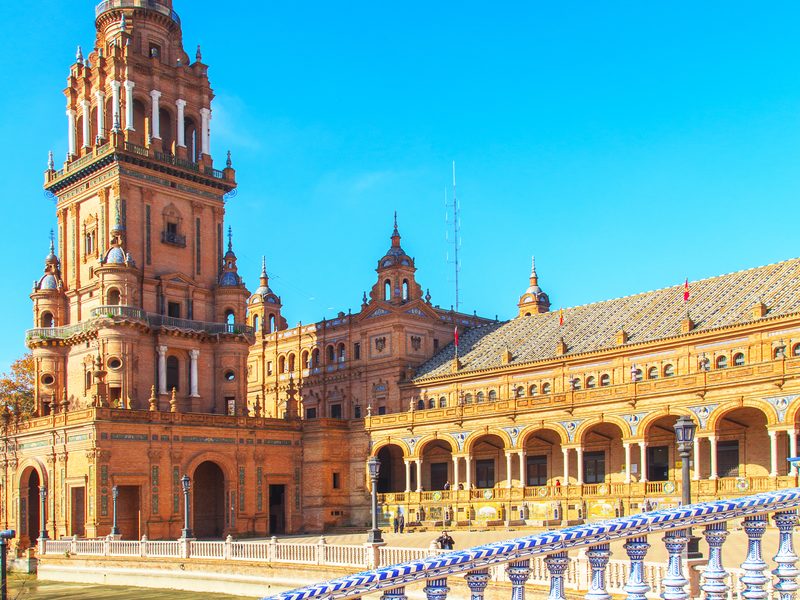 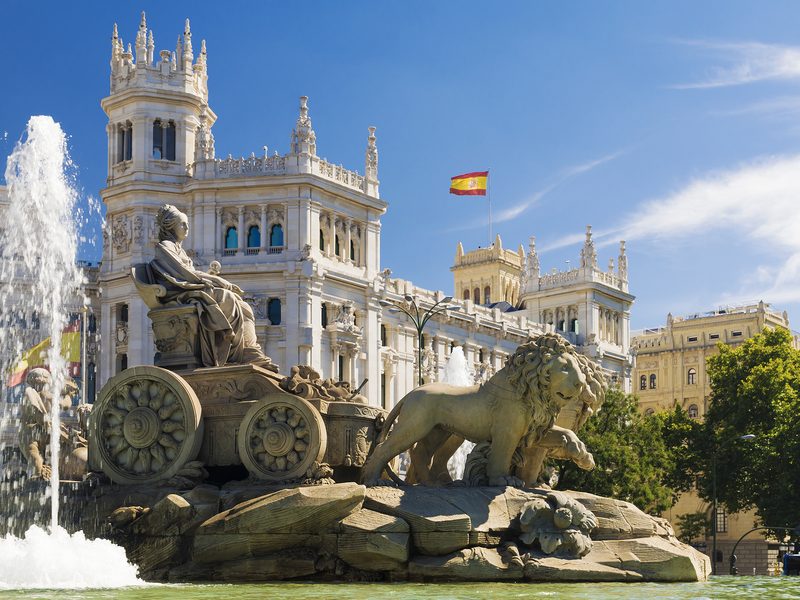 Your trip starts today with your arrival in Barcelona, one of Europe’s most loved and dynamic cities. You will be picked up from the airport and taken to your centrally located hotel. There are no activities planned for before your group meeting in the evening (usually at 7 pm). Find more details about this meeting at the hotel reception. If you arrive early and are out and about, perhaps visit the excellent Picasso Museum. After your meeting, you will dine with your fellow travellers on some local Catalan specialties.

It's all about food this morning, so loosen that belt and venture forth to the morning markets with a passionate local guide who'll have the hot tips on all things food related. They'll talk you through both traditional Iberian foods and the new trends, then have you tasting some of the most delicious things on the planet: three types of olives, pickled garlic, lomo Iberico de Belotta, manchego cheese and olive oil. The afternoon is free for your own discoveries and a siesta, of course. Perhaps you'll visit Sagrada Familia, one of Gaudi's masterpieces and a wonderful icon of the city. Gaudi dedicated the majority of his life to the project, right up until his death in 1926, and although it's still unfinished today, the church has been declared a World Heritage Site and we highly recommend visiting though you will need to prebook tickets. After the visit, why not venture into the narrow medieval streets of the Gothic Quarter, home to the La Boqueria, a colourful public market dating back to 1217.

Bid farewell to Barcelona today as you travel to the city of Valencia (approximately 4.5 hours). Valencia is your base for the next two nights. Spain’s third largest city, Valencia has a unique cultural identity and a wonderful old town centre that dates back 2,000 years. Discover the harmonious mix of Roman, Muslim and Christian influences in its buildings and monuments and magnificent gardens. After checking into your hotel, an orientation walk will familiarise you with the main sights of the city. The balance of the day is free for you to spend as you wish. You may want to visit the city's major landmark – the City of Arts and Science, a large and futuristic museum complex designed by Calatrava.

The morning is free to spend in the City of Arts, Science and Paella! And actually paella is just one flavour in this full-on, taste bud-tingling gastronomical heaven! Among the treats that Valencia has to offer, the choice is yours, from horchata to jamón to even artisan chocolates. Early afternoon, take a short drive south of Valencia to discover Albufera Lake, an important ecological site of the region. The lake is surrounded by beach, dunes, lagoons, wetlands and Mediterranean forest, and is home to six small islands. You will visit the island of El Palmar and discover its typical ‘barraca’ houses. Travel by boat to the middle of the lake and learn about the important agricultural crop of the area, namely the local rice. Finish off with included late lunch - paella lunch of course!

Depart Valencia and travel to Granada. Along the way you will travel through the distinctive countryside of the region and pass through Elche, capital of the region of Bajo Vinalopó. The historic quarter of Elche preserves part of its Muslim past and Baroque splendour. Walk around palm tree grove, one of the largest and the only one in Europe. It was established by the Phoenicians and expanded by the Arabs in the 8th and 9th centuries. The palmeral consists of several parts spreading across downtown. Then it's on to the city of Granada, one of the jewels of Andalucia.

After breakfast, take a guided tour through the incredible Alhambra Palace, one of the world’s great architectural masterpieces. Dating back to the 11th century and taking its name from the Arabic word for 'red castle', Alhambra represents Muslim art in its final European stages. The dominating red fortress towers, sumptuous palace decor, multitude of architectural styles and magnificent gardens of the 'Generalife' (literally meaning ‘architect's garden’) are all set against the backdrop of the Sierra Nevada mountains. With soothing pathways, fountains, impeccably-maintained hedges, pools, centuries-old defensive walls, turrets, and views overlooking Granada, Alhambra is certainly very memorable. The afternoon is free for you to discover the other highlights of Granada, such as the cathedral and the Albaicin Quarter.

Today you will learn more about the importance of olive oil production in the Andalucia region by visiting an oil farm on your way to Cordoba. Let the passionate owner of the family-run business walk you through the process of olive oil production. Here there will be the chance to taste the different olive oils too. Then continue your journey to the city of Cordoba, where Muslim, Jewish and Christian influences are present in the architecture, culture and cuisine. Cordoba is also home to the Mezquita – a rare site which has served as both a mosque and a cathedral throughout the centuries. Today a cathedral stands within the centre of this amazing mosque – an interesting example of the interplay of Christian and Muslim cultures in Spain. Discover this supreme example of Islamic architecture on a comprehensive guided tour which continues outside of the Mezquita and explores the charming quarters and hidden corners of Cordoba.

Farewell Cordoba and head for Seville this morning. A town famous for its cultural vitality and dazzling architecture, Seville is the largest city in southern Spain. On arrival, explore the city, on an included guided walking tour. You'll see the Alcazar of Seville, a grand royal Palace. Known as one of the most beautiful in Europe, the Spanish royal family still to this day use the Alcazar as their residence in Seville. The rest of the afternoon is free, so you may wish to take an optional visit to the Giralda Tower and the famous Seville Cathedral, one of Europe’s largest cathedrals and home to Christopher Columbus’ elevated tomb.

Today enjoy a free day in Seville. Discover this beautiful and intriguing city in your own pace. Perhaps visit a Cathedral de Giralda, on of the largest Christian churches in the world standing on the side of 12th century Almohad mosque. Plaza de Toros is the famous bullring in Seville and the oldest is Spain. As a Responsible Travel Company, Peregrine suggests not going to watch the bull fight, but rather visiting the venue to learn about the history and tradition. In the evening, join your fellow travellers for dinner and a flamenco show.

Travel from Seville to Madrid by train (approximately 5 hours). Upon arrival in Madrid, settle into your hotel before heading out on a walk through the Old Quarter of Spain’s capital with your Tour Leader. The rest of the day is free. If you're feeling artsy, while away the hours on the Art Walk, which offers an expansive history of Western art. Start with the Museo del Prado, home to one of the world's finest collections of European art from the 12th to the 19th century. Discover modern Spanish masters, including Picasso and Dali, in the Museo Reina Sofia's 20th-century collection. Finish at the Museo Thyssen-Bornemisza, which displays eight centuries of European painting. Take a break in the Real Jardin Botanico, a garden wonderland dating from the 18th century. Madrid is your base for the next three nights.

Today is a free day in Madrid. If you want, you can take an optional trip to the UNESCO-listed Alcazar of Segovia, about 1.5 hours north of the city, an incredible structure rumoured to be Disney's castle inspiration. There are plenty of activities to keep you educated and entertained if you choose to stay in the city too. Check out the Royal Palace, spend a day strolling around Parque del Retiro or pull up at a bar on the cobblestone streets and please your palate with a few glasses of vino tinto and a much-loved bocadillo de calamares. Madrid's nightlife is legendary, so maybe grab your fellow travellers, organise a late dinner (which will probably still be early for Madrid) and try dancing some salsa or bachata.

Travel to the city of Toledo this morning. The unique old town of this city sits on a high craggy rock and is encircled by the Tagus River. As a former capital of Spain, Toledo has immense historic significance and holds many architectural treasures. Examples of buildings from most architectural periods in Spain’s history can be seen here, from the Gothic to the Baroque. You'll explore the city with a local guide and pay particular attention to the Cathedral of Saint Mary, ranked among the greatest Gothic structures in Europe. After your visit to Toledo, drive back to Madrid and enjoy some free time there.

Your trip comes to an end after breakfast in Madrid. If you'd like to stay and explore the city some more, you can enquire about additional nights' accommodation when you book this trip.

Walk in the footsteps of Gaudi and Picasso, taste fine wines and tapas, and witness the white-washed villages that bring Spain to life. This is a comprehensive journey from Barcelona to Madrid including all the highlights down south.

Prices listed are per person twin share in Australian Dollars, based on twin occupancy, including all discounts unless otherwise stated. The offer is subject to availability at time of booking.  Fares are capacity controlled and are subject to change at any time without notice. Prices are correct as at 06 September 2019 and can be withdrawn without notice.