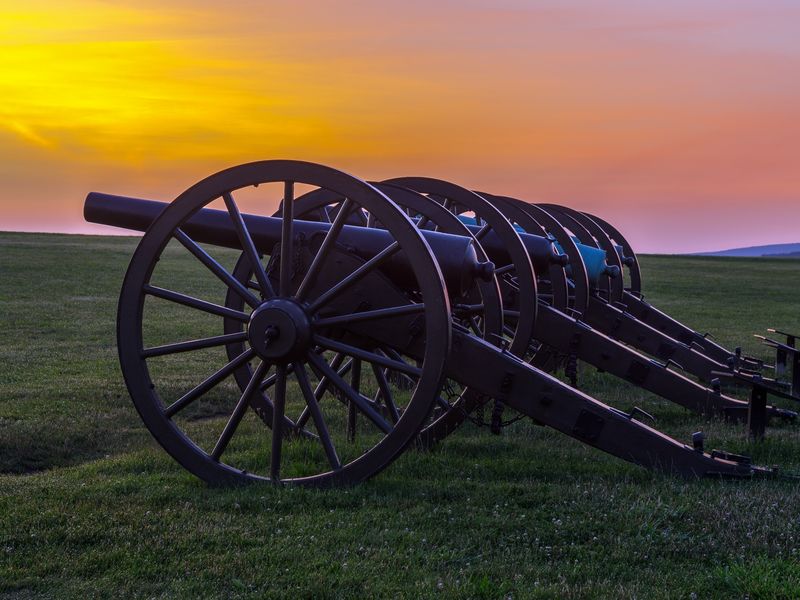 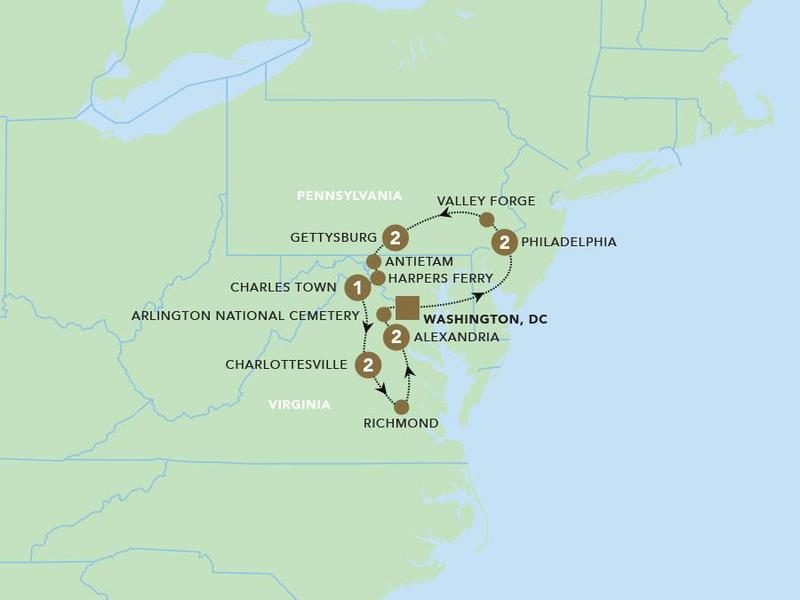 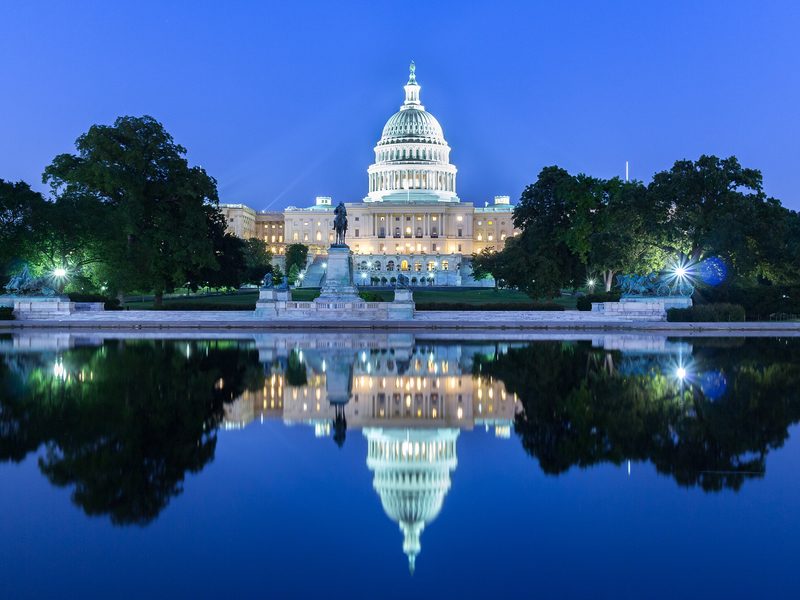 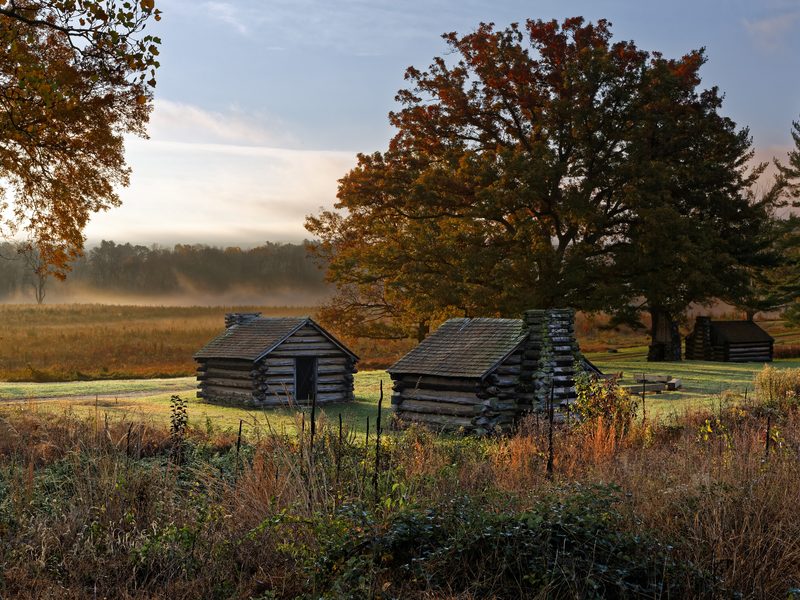 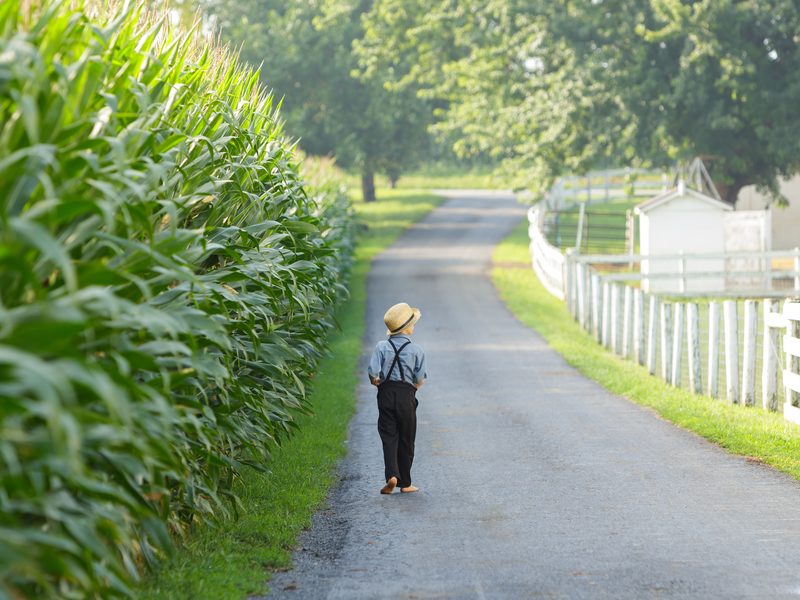 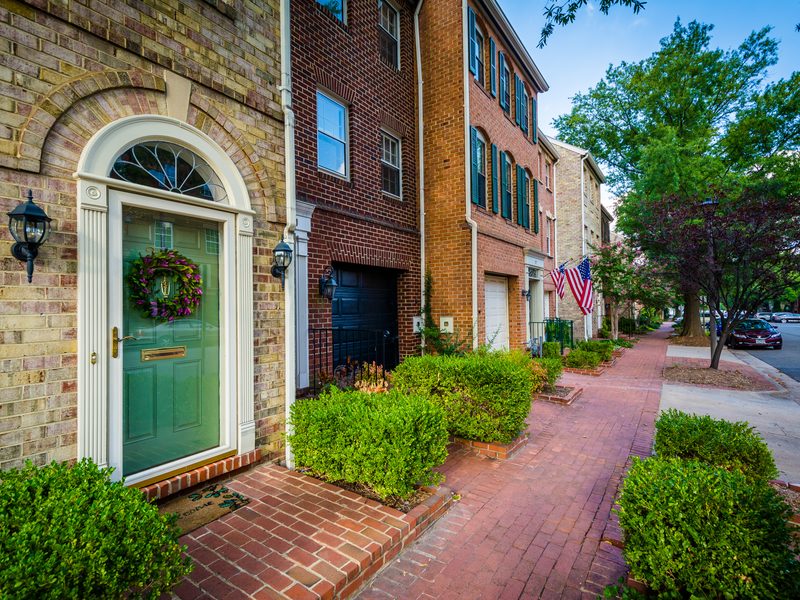 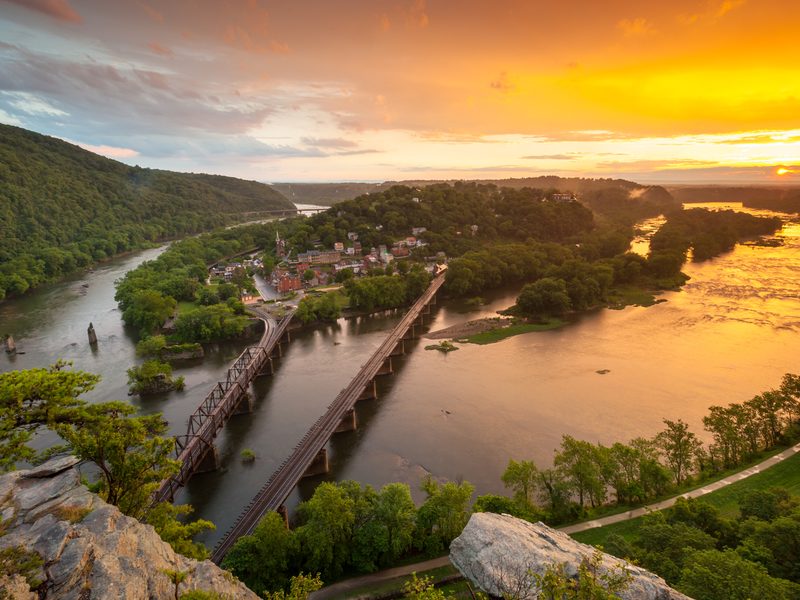 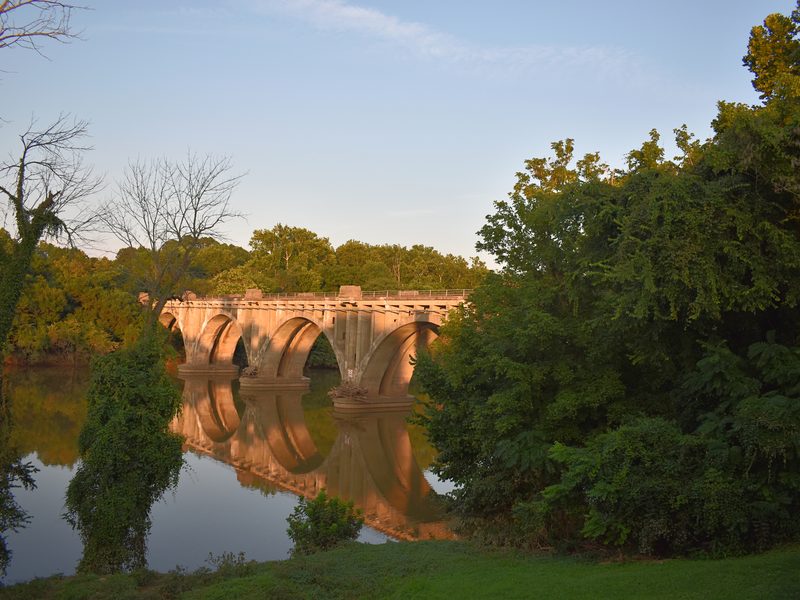 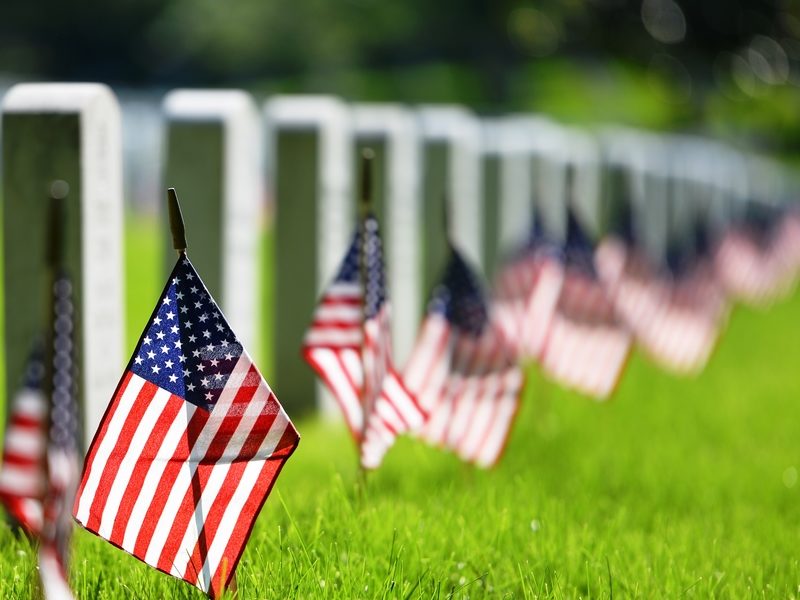 After meeting the group in Washington, DC, we'll hit the road to the World Heritage City of Philadelphia. A city steeped in US colonial and revolutionary history, Philadelphia is home to innumerable monuments and institutions - making it the perfect place to begin our adventure.

On today’s walking tour, we’ll make pit stops at the Johnson House (a house that was owned by a family of Quakers who laboured for the freedom of others) and Independence Hall, where the Declaration of Independence and the US Constitution were signed.

After this morning’s breakfast, we’ll leave Philadelphia behind us and move on to Valley Forge, the site of the Continental Army’s 1777-78 winter encampment. Next is Lancaster, where an Amish experience awaits. The final stop of the day will be Gettysburg, the site of one of the most important battles of the American Civil War.

On today’s agenda: a visit to the Gettysburg Museum and Visitor Center. With interactive exhibits and plenty of time to walk in the soldiers’ footsteps, this immersive experience will give us a real insight into the lives of the soldiers who served in the Civil War. This afternoon, we’ll take a closer look at the area’s battlefields on a driving tour.

Today we’ll set a course for Charles Town – but before we get there, we’ve two stops to make. First, we’ll visit the National Battlefield at Antietam, a site that commemorates the bloodiest day in American history. Then, it’s on to Frederick, where we’ll learn of the war’s surgical innovations at the National Museum of Civil War Medicine.

From Charles Town to Charlottesville, via the scenic route: Shenandoah National Park, Harpers Ferry and the Blue Ridge Mountains of Virginia. Later, in Charlottesville, we’ll discover more about Thomas Jefferson at his spectacular mountain-top plantation: Monticello, which is now a museum, research institute and library.

Charlottesville is often ranked as one of the best places to live in the USA. Today we’ll find out why, with a day to spend exploring the city at leisure.

After breakfast, we’ll bid farewell to Charlottesville and continue our journey to Richmond. After a walking tour of the city’s cobblestone streets, we’ll stop off at the Museum of the Confederacy, which hosts an enormous collection of Confederate artefacts. We’ll have just enough time to visit Fredericksburg, the site of the eponymous 1862 battle, before we reach Alexandria.

One of the best-preserved historical districts in America, the quaint town of Alexandria is a fitting place to round off our tour. And the grand finale? A visit to George Washington’s Mount Vernon, the interior of which has been restored to appear exactly as it was when Washington passed away in 1799.

En route back to Washington, we’ll make one last stop at the Arlington National Cemetery to pay tribute to those who fell during war – and perhaps to seek out ancestors’ graves. Back in Washington, the tour will come to a close.

On this fascinating and moving tour of the USA’s most iconic Revolutionary and Civil War towns, landmarks and battlefields, we’ll travel back in time to trace the footsteps of the brave soldiers who fought and died, both for their country and their beliefs.

Terms and conditions apply. Prices are per person twin share in Australian dollars. Prices are correct as of 16 September 2019 but subject to change at anytime without notice. Based on 3 May  2020 departure. Prices are subject to availablity at the time of booking. Other dates and prices are available, please speak to your travel consultant for further details. International flights are not included but can be added, please speak to your travel consultant for details. Advertised prices are for payment in cash, credit card surcharges apply.