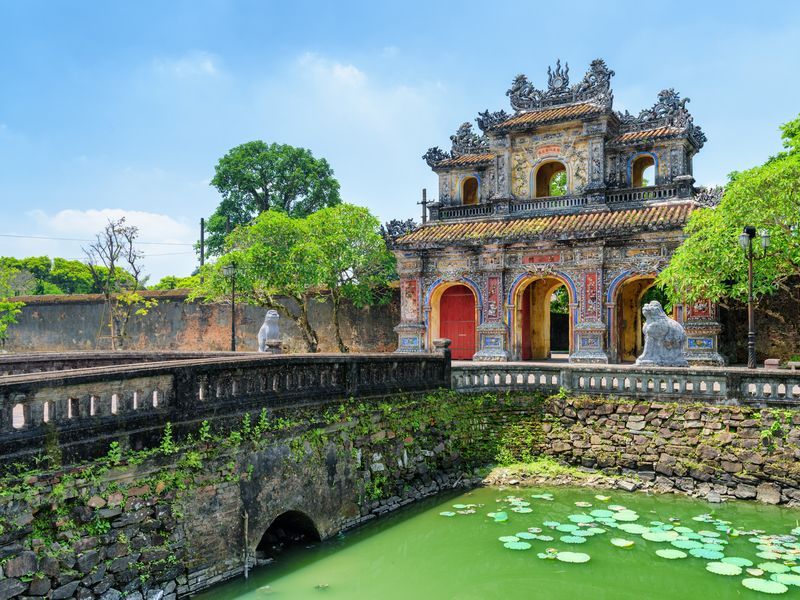 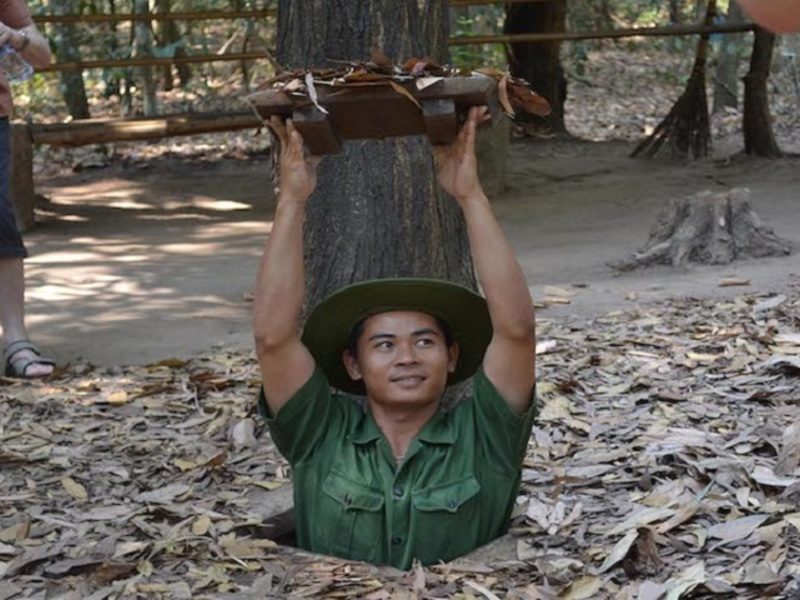 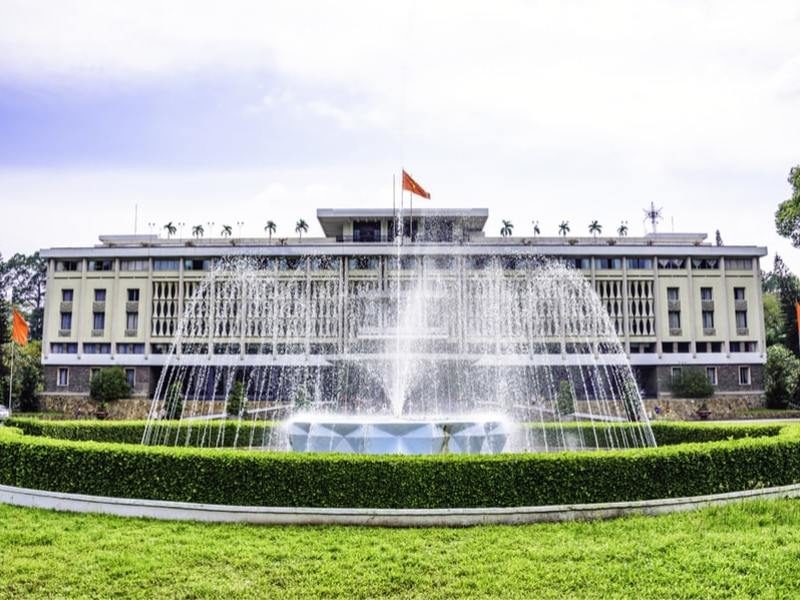 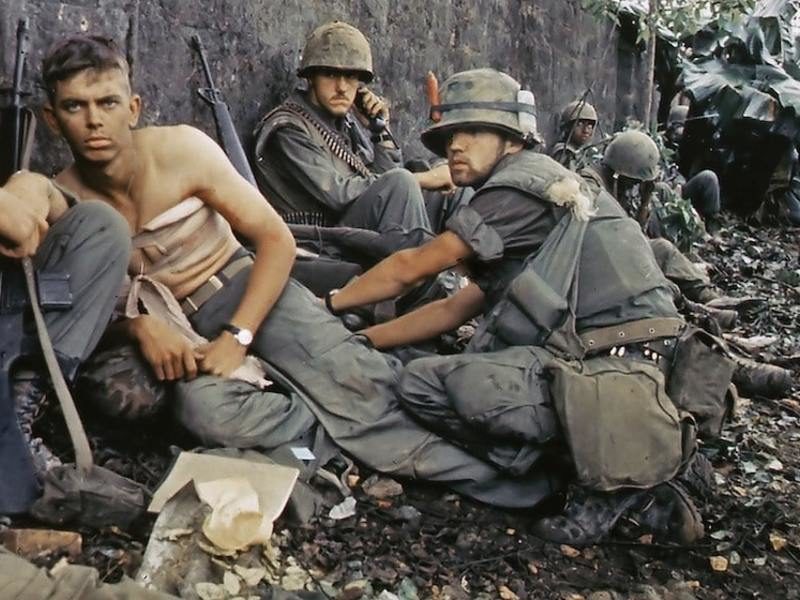 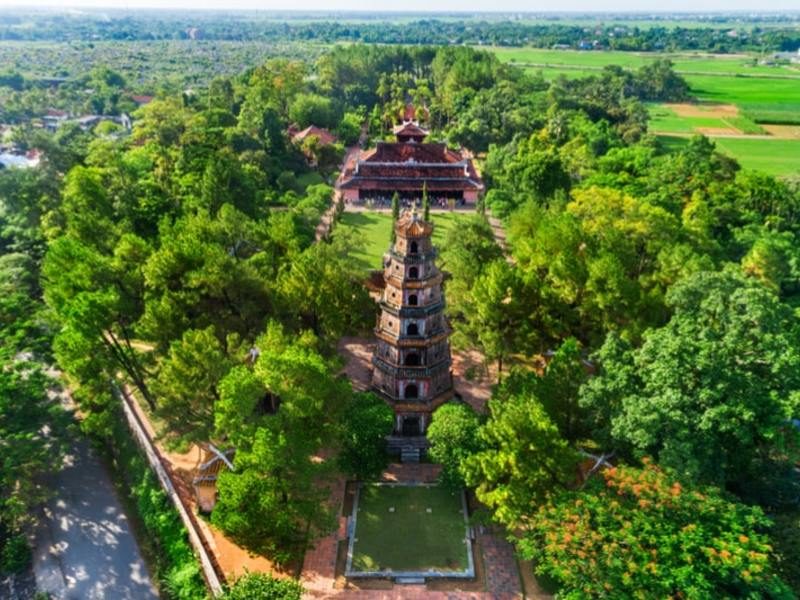 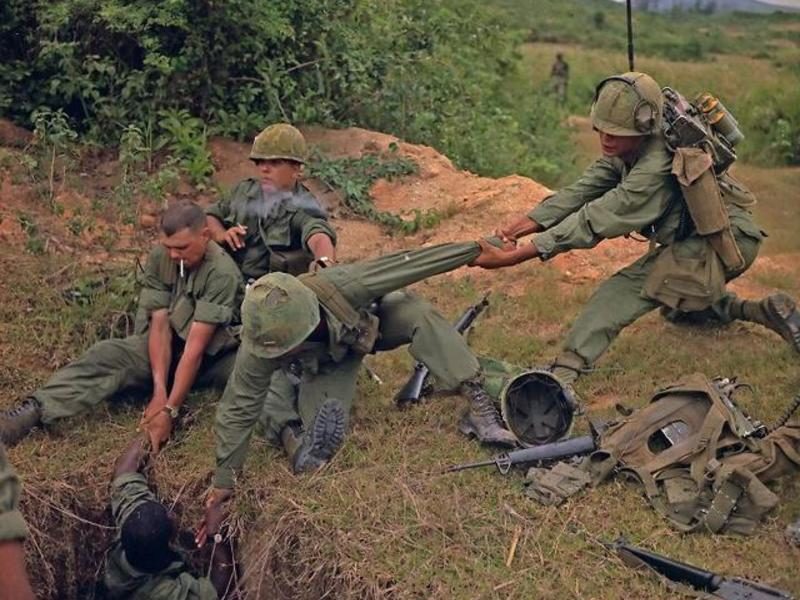 Welcome to Vietnam. Upon arrival into Hanoi, please make your own way to our central hotel. This evening will be at leisure to explore this wonderful city.

Our journey into wartime Vietnam begins today. We will begin at the extensive Army Museum which houses rooms full of war propaganda, photographs and documents from Chinese, French and US wars. We will also visit One Pillar Pagoda, Ho Chi Minh Mausoleum and Presidential Palace, then continue to the Hanoi Hilton where American POWs were kept. We will finish at Truc Bach and Huu Tiep Lakes in Ngoc Ha village where many B52 planes were shot down. This afternoon is free to explore the Old Quarter. This evening we will head out to enjoy a welcome dinner at KOTO restaurant, a social enterprise created by an Australian Vietnamese who won an Order of Australia medal for his work supporting disadvantaged youth. (B, L, D)

This morning we will transfer to the airport for our flight to Hue. Once the imperial capital of the Nguyen Lords, Hue’s splendid emperors’ tombs, ancient pagodas and the remains of its Citadel contribute to its undeniable royal charm. We will enjoy a short walk (weather permitting) through the Imperial Citadel, a UNESCO World-Heritage site. We will admire its magnificent architecture and gardens while our guide explains the events and intrigue surrounding the former royal court. Despite being bombed heavily during the Vietnam War, there are some incredibly well-preserved sections and others that are being restored. We will then drive to the seven-storey Thien Mu Pagoda, Hue’s best-preserved religious monument. (B, L, D)

Today we will follow the 1968 Tet Offensive, a battle for control of the city, visiting the old Shell Gas Station, the former MACV Compound and Hue University among other key sites. At Dong Ba Gates, we will meet Mr Nguyen Dac Xuan, a culture researcher and survivor of this bloody battle. We will visit his home for a 45-minute talk on his lived experience of the Tet offensive. Later, we will depart for Hoi An over the Hai Van pass. Upon arrival, we will check in to our hotel. (B, L, D)

We will begin the day with a guided walking tour of Hoi An. Today this World-Heritage ancient town is recognised for its well-preserved architecture, pedestrian-only streets and distinctive local cuisine. We’ll take in its old merchant houses, 400-year-old Japanese Covered Bridge, the Assembly Hall of the Chaozhou Chinese Congregation, and a colourful market brimming with local specialties including silk. We will have the afternoon and evening free to explore. (B)

Today will be spent at leisure to enjoy the wonderful sights, flavours and sounds of Hoi An. (B)

This morning we will transfer to Danang Airport for our flight to Ho Chi Minh City (Saigon). Upon arrival, we will transfer to Cu Chi, an immense network of connecting underground tunnels used by the VC as hiding spots during combat. Originally dug in 1948 for the guerrillas to shelter from French air and ground sweeps, the tunnels also served as living quarters, communication and supply routes, and housed hospitals, food and weapons caches throughout the Vietnam War. We will visit the underground villages for a better understanding of the tunnels’ history, the hardship of life in the tunnels and the Vietnamese resilience during combat. We will then have lunch before driving to Ho Chi Minh City where we will enjoy a dinner together (B, L,D)

Today will start with a visit to the Reunification Palace, once the headquarters of the South Vietnamese Government. Then we will explore Ho Chi Minh City’s colourful maze of alleys and discover a secret chamber once used by the VC as a place for hiding and storage during the War. We will lunch at a small restaurant, where VC Commanders once gathered to plan the 1968 Tet Offensive, then visit the War Remnants Museum and Ben Thanh Market before an evening at leisure. (B, L)

This morning we will enjoy a sightseeing tour of Vung Tau, including Back Beach (the former site of an Australian logistics group) and the site of the Peter Badcoe Club, and walk up to the massive VC war memorial overlooking the Badcoe area. We will also visit Front Beach, White Palace and the airport area, and spend time in the bustling town centre and market where the large antenna on ‘Radar Hill’ is still visible. After lunch we will stop at Ap My An to learn about Australian actions during Operation Bribie fought in 1967. (B, L, D)

Today we will visit Long Tan, the site of Australia’s most costly battle of the Vietnam War. Our first stop is the Anzac base of Nui Dat, where we will explore old bunkers, Kangaroo helicopter pad, SAS Hill and Luscombe Airfield. At nearby Long Tan village we’ll see the Long Tan Cross and marvel at the panorama of rubber plantations that flank the battleground. We will also visit the Horseshoe, a former Australian Fire Support Base, and the Long Hai hills (Minh Dam secret zone) – a major VC base during the War. The many caves in the area served as a natural shelter, medical care and headquarters for Vietnamese troops. We will also visit a memorial which commemorates more than 2000 Vietnamese soldiers who were killed in this area, mostly in operations against Anzac troops. (B, L)

Please note: We will hold a discreet service to commemorate the Battle of Long Tan anniversary, subject to local approval

After breakfast, we will drive to Binh Ba to visit the memorial of 33 NVA (North Vietnamese Army) Regiment: a large fight took place between Australian soldiers and the NVA here on June 6, 1966. Our last stop will be Nui Le (Le Mountain), site of the final battle for Australian soldiers before they returned home, and where your Historian won his Military Cross. We will enjoy a picnic lunch at a local coffee shop before driving back to Ho Chi Minh City where we will enjoy a farewell dinner at the former residence of the US Ambassador of South Vietnam, Mr. Henry Cabot Lodge. (B, L, D)

Our tour comes to an end after breakfast. The day is at leisure to meet any onward travel arrangements. (B)

Prices listed are per person in Australian Dollars, based on twin occupancy, including all discounts unless otherwise stated. The offer is subject to availability at time of booking. Fares are capacity controlled and are subject to change at any time without notice. Prices/Offers are correct as at 27 February 2020 and can be withdrawn without notice. Payments made by credit card will incur a surcharge.